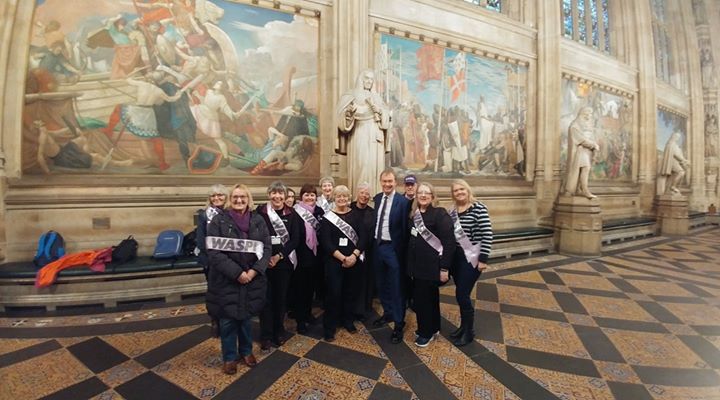 The Somerset branch of Women Against State Pension Inequality are celebrating progress in their campaign after attending a national WASPI demonstration on Wednesday during the Budget and meeting with Liberal Democrat Leader Tim Farron.

Rose Lee South Somerset Co-ordinator and her fellow Somerset protestors joined by thousands of other affected women marching from around the country.

'It was a brilliant day going to Parliament to be part of a national protest and make our voices heard.

Paddy joined us on the demo and it was great to meet Tim who listened to our concerns.'

'It was great to meet Rose Lee and other members of Somerset WASPI.

This issue is a gross unfairness. These women and thousands like them have paid in to their pensions only to  find through no fault of their own, the government moved the goal posts.

It's up to the government to find a remedy so they are no longer unfairly disadvantaged. I will be putting pressure on Conservative ministers to act  to right this wrong.’ 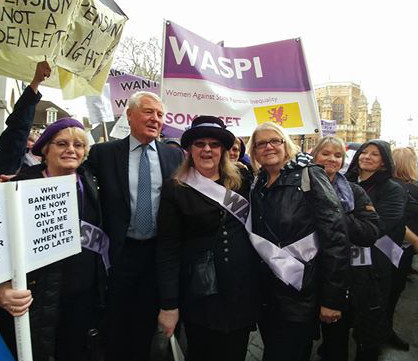 'Rose Lee and Sheryl Walmsley came to see me last week and I was pleased to help arrange meetings with Paddy Ashdown and Tim Farron.

'Across Somerset more thank thirty-five thousand women are affected, over eleven thousand of these live in South Somerset.'

'These women have been let down. I'm fully behind them and I will continue to fight to ensure their voice is heard’