What does the Trump victory mean for us? | Paddy Ashdown 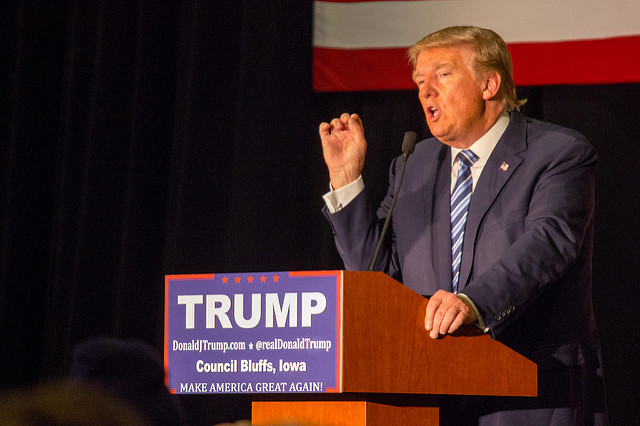 What does the Trump victory mean for us?

The election of Donald Trump as the 45th President of the United States signals the end of a polarising, poll-defying political campaign and the beginning of a period of high anxiety and deep uncertainty for international relations worldwide. The politics of populist cultural identity have never been has never been stronger and the liberal consensus which has dominated our domestic and international politics for the best part of 100 years, has never been weaker or more under attack.

Received wisdom suggests that Marine Le Pen and her fellow right wing anti-Europeans will greatly benefit from the post-Trump public mood. But this is not a given. The tide of anti-European public sentiment on the continent receded after Brexit as the cost Britain was paying for exiting the EU, became apparent. With Trump isolationism to the west and Putin aggression to the east, the appeal of European solidarity, over EU disintegration, ought in a rational world, to be stronger. Whether we live in such a rational world, after these recent convulsions, remains to be seen.

I have long believed that the integration project in the EU would not really gain momentum until the external threat to the Union was greater than our internal suspicion and hostility for the Brussels institutions. That moment arrived unannounced and unexpected, in the early hours of last Wednesday morning. The right reaction to the new isolation in which the EU finds itself, not least in terms of security, is to deepen its economic, political and defence institutional framework. Its is clear that this is where the leaders of the EU would like to go, as they try to mark a course towards European solidarity and away from Anglo-Saxon isolationism and exceptionalism. But will their people allow them? The answer to that question will come in next year’s European elections.

Post Trump, however, those who wish to defend and re-assert European liberal and democratic values at its moment of maximum danger, will have to understand that their current narrative has failed. They will need to completely reframe their arguments in favour of those that address, rather than ignore the people’s fears. Something, perhaps, which combines a stronger element of redistribution in order to share the wealth of globalisation, with a better articulation of the necessities of internationalism (including in relation to trade and immigration) and a reformed view of government based around the empowered individual, rather than the powerful state.

Last Tuesday night also altered the entire geopolitical position in which Europe now finds itself. If Trump is true to his rhetoric, then the era when the US led a western coalition driving for free trade, a rule based world order and alliances based on western liberal values is, for the moment at least, over. Isolationism, protectionism and global relationships based on the exercise of power, rather than shared values, will be in the ascendancy. A rapprochement with Putin’s Russia looks very likely, at least in the initial phase of Trump’s Presidency. The implications of this for the security of Europe, from the Baltic states, to Ukraine, to the Balkans, are potentially profound and worrying.

The challenges for Britain are no less dramatic. We are now, as a nation much much more alone than we were on Tuesday night of last week. Then, outside the EU we could rely on NATO for our security. Now who do we rely on? Our choices are stark indeed. Either snuggle close to Trump’s US in a near satrap relationship. Or find our way back to the EU. Pay your money and make your choice – one relationship will be deeply uncomfortable; the other very difficult to get to.

A new international cockpit of tension?

One other area where the Trump ascendancy will be strongly felt is the Pacific. Managing Western – and especially US - relations with China was always gong to be one of the key strategic challenges of our time. It just got a lot more difficult. If, again, Trump delivers on his rhetoric than a tariff fuelled trade war between the US and China looks very likely. Europe has been the cockpit of global tension for the last 100 years. Is that unenviable reputation about to shift east to the Pacific?

The end of liberal interventionism may mean fewer little wars, but have we, in exchange, embarked on the long road to bigger ones?

If we are, as seems likely, to see a move away from free trade towards protectionism, then the impacts on a still fragile global economy could be very damaging, China has its own internal economic problems, the EU stutters and the US recovery remains at best, weak. The world is not well placed for yet another economic shock.

The President and Washington

The answers to many of the questions thrown up by Trump’s election, rest on to what extent his ambitions will be tamed by the checks and balances in the US system. With the Republicans dominating both Houses of the Washington legislature he has, on the face of it, more domestic room for manoeuvre to enact his agenda than any recent US President. Some suggest, hopefully, that this will be counterbalanced by fact that many of the Republicans elected with Trump to Washington hold very different views than he does. Trump was, after all, they remind us, elected, not because of the Republican Party, but despite it.

I am not sure how much weight can be deposited in this hope. It will be a brave Republican who stands up to a President of his own Party, who was elected on such a clear, resounding and very personal popular mandate. One area, however where we might see push back from Congress, is on “Trumponomics”, as it is already being called. Trump is liberal on fiscal matters and hawkish (very) on trade. Most Washington Republicans are fiscal conservatives and trade liberals. It is here that the fireworks, if there are to be any, will be likely to go off.

A final thought. If Trump enacts his words, then almost everything as we knew it changed in the early hours of last Wednesday morning. In assessing how and where and what, it is, as Donald Rumsfeld might have said, the unknown unknowns that should scare us.