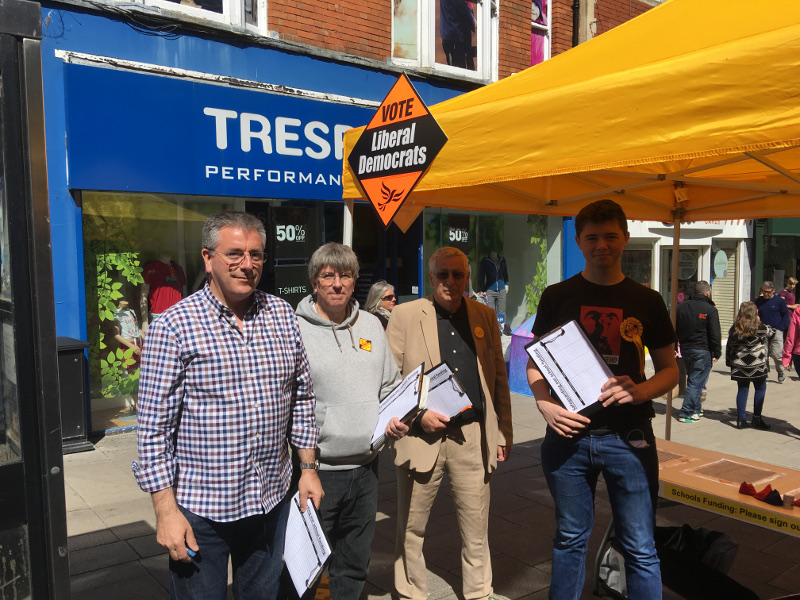 The Yeovil Liberal Democrats are collecting signatures of those who don't support the cuts to school funding by the Conservative Government. School in Yeovil face a real terms cut of £3,000,000 by 2019/20.

The Liberal Democrats have announced they will invest £27,553,679 more in schools and colleges in Somerset over the next parliament. The funding for Somerset would reverse cuts to frontline school and college budgets, protect per pupil funding in real terms and ensure no school loses out from changes to funding arrangements. £3,055,593 of the funding would be spent on protecting the Pupil Premium, introduced by the Liberal Democrats to help the most disadvantaged children.

I/We reject the Governments plans to cut school budgets and support the Liberal Democrat proposal to increase funding by £27,500,000 in Somerset.