David Laws, MP for Yeovil constituency, has responded to a letter he received from Ross McEwan, Chief Executive of RBS, regarding the planned closure of the NatWest branch in South Petherton. Mr. Laws has written to the RBS Chief Executive to highlight the entirely ‘unsatisfactory’ consultation process run by RBS, and the Bank’s clear determination to ignore very ‘strong public resistance’ to the closure.

Mr. McEwan, in his letter dated 8th January, informed Mr. Laws that RBS would be going ahead with their proposal to close the South Petherton branch on 20th January.

‘From the very start of this process, when RBS announced plans to close the NatWest branch in South Petherton, the Bank has shown a real determination to ignore local residents’ anger at these proposals. RBS have also chosen to ignore the facts they were presented with in writing and at the public meeting we held in South Petherton at the end of last year.

‘Despite telling local residents, when they closed the branch in Martock a few months previously, that they would be able to use the branch in South Petherton, RBS have pressed ahead with this closure and undermined the trust their customers place with them.

‘The Bank has also failed to give us timely, accurate branch transaction figures which they have used to explain and justify this decision. We have been given three different explanations of transaction data, and we are still not in a position to make an appropriate judgement on what this tells us.

‘What there was of a consultation process has been incredibly unsatisfactory, and has only served to highlight the Bank’s obvious desire to press ahead with this closure at all costs, ignoring local residents’ opinions and fears.

‘I have sent a copy of my letter to Vince Cable and I will be speaking to him about this case in the next few days.’ 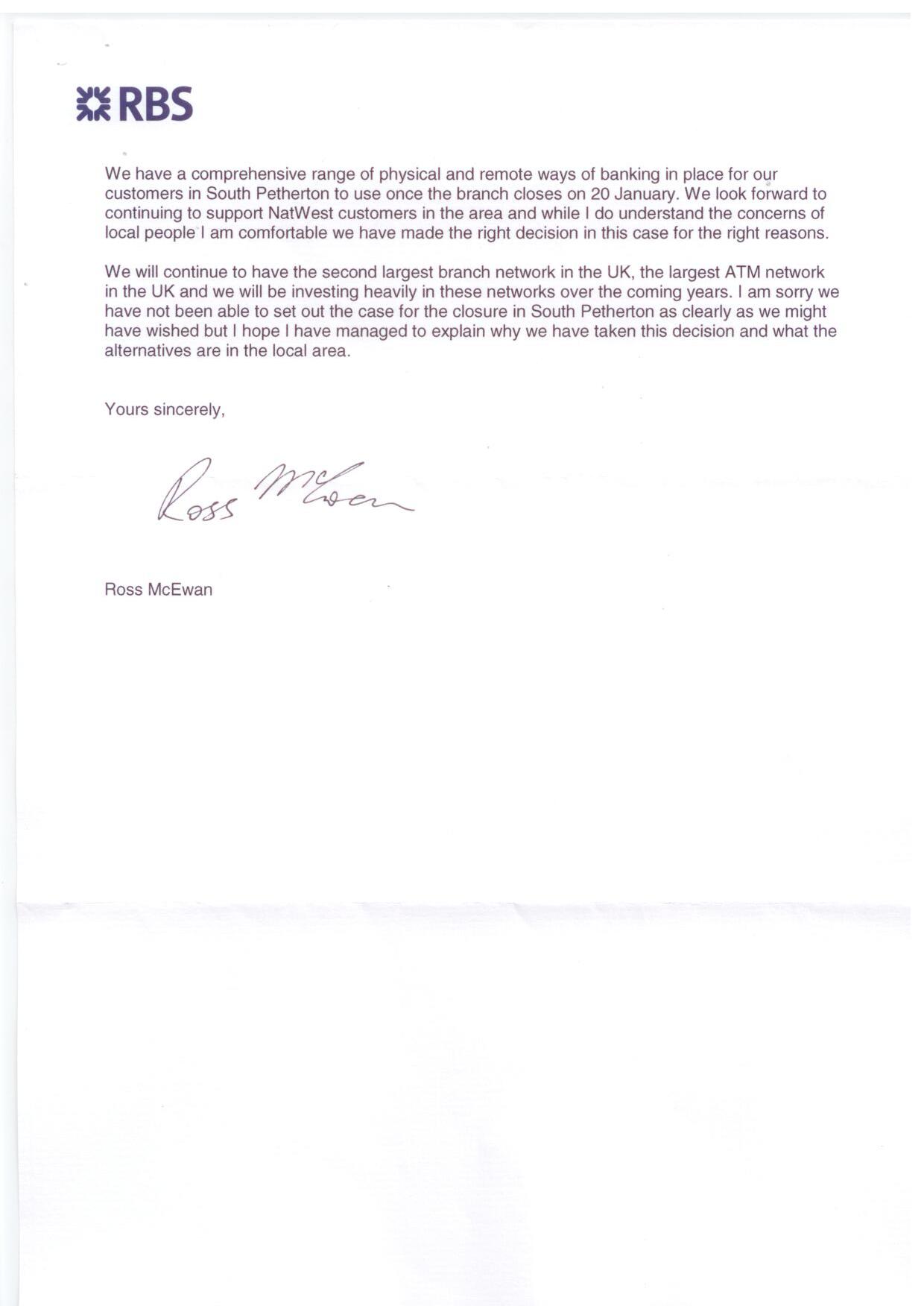 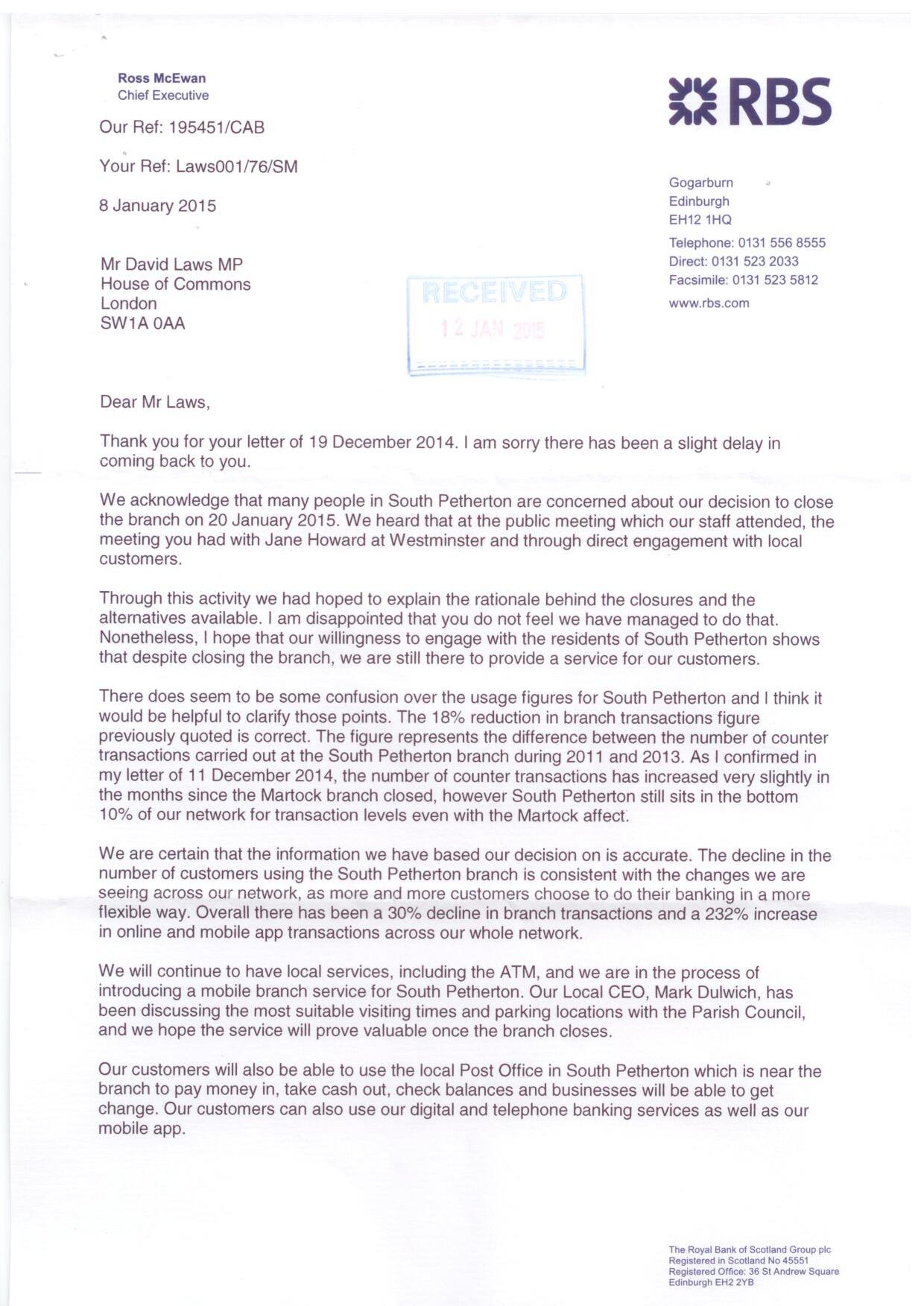