Secretary of State for Defence

I hope you received my last letter and am sure you will have had my question in the Lords on the present situation in GKN Yeovil, brought to your attention[1].

I am grateful to you for arranging for me to speak today with Harriett Baldwin MP the Minister for Defence Procurement.

I do not wish to re-rehearse how we got into this situation. That was fully explained in my previous letter.

But I do want to express my concerns, substantially re-enforced after my conversation with Harriett Baldwin. I need to repeat my warning, shared by many others, that, absent a clear and imminent statement from the Government that it sees the maintenance of a full domestic capacity to design and build Helicopters in the UK (in effect in Yeovil since this the UKs only integrated base capable of doing this), then the consequence of the Apache decision, followed by the repatriation of GKN work to Italy, will be that Yeovil’s stand alone capacity to design and manufacture helicopters will risk being eroded.

Sub-contract work for other manufacturers has been and always will be, a key part of the work done in YeoviI. But this work, valuable though it is, will not be sufficient by itself to sustain the wide technological, design and skill base in Yeovil. I am sure that, given the Prime Minster’s stated intention to create a national industrial strategy, it cannot be the Government’s intention to undermine this base, even if by oversight, given the important contribution it makes to our national defence and aero-space industry.

In short, sub contract work for others is necessary, but it is not sufficient to preserve Yeovil’s crucial capacity to build helicopters.

The damage capable of being done as a knock on consequence of the Apache and Leonardo decisions could be very grave. But this is easily prevented if the Government now will, as a matter of urgency make a clear public statement along the lines I have suggested above.

I mentioned to Minster Baldwin the very recent “tweet” from our local MP Marcus Fysh to the effect that that she had promised him “Big support for helicopter industry in #Yeovil. £3 billion being spent with Leonardo”. She confirmed to me that that this, as I understand it, is not in fact a new commitment relating to the present situation, but rather an already existing indicative estimate of likely expenditure over the period of the next decade. Perhaps you would be kind enough to confirm this.

I hope to hear from you in the near future. 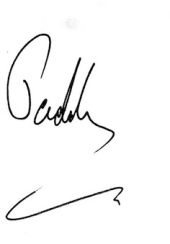 [1] My Lords, on the subject of the industrial strategy, I draw noble Lords’ attention to the situation in Yeovil, which is the last integrated site capable of designing, manufacturing and assembling helicopters. As a result of the Government’s short-sighted decision to grant the order for the Apache to the United States without any tendering whatever, the Italian owner, Leonardo, has now concluded that we do not seem interested in producing helicopters on a stand-alone site and is now shipping all the work on assembly back to Italy. What is needed now is the Government’s clear statement that they wish to see helicopters made in Britain, of British manufacture, for our Armed Forces, as they have been for nearly 50 years now.