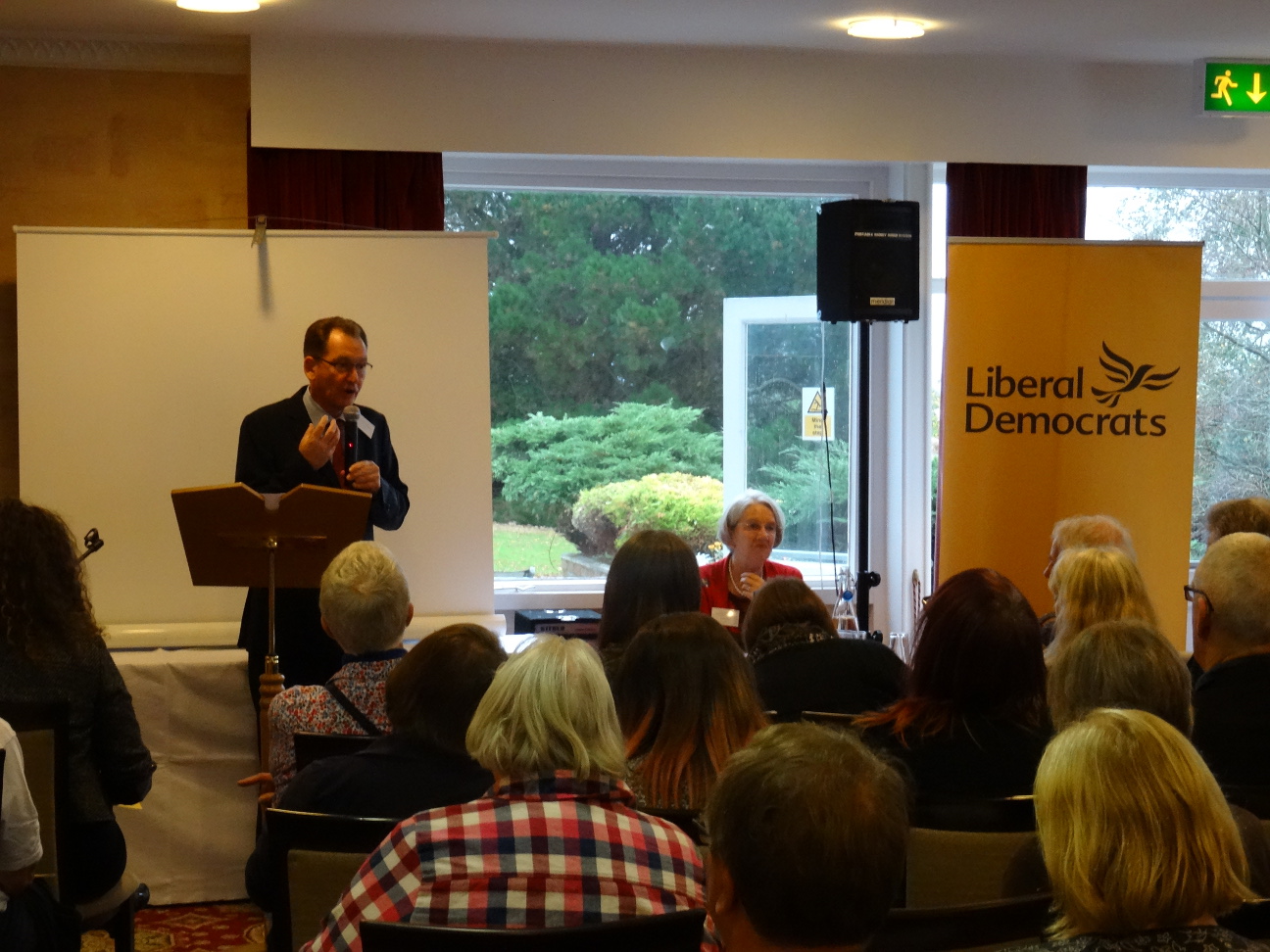 by Sir Graham Watson, Member of the European Economic and Social Committee and President of the Western Counties Liberal Democrats.

The Prime Minister wrote this week to the President of the European Council, setting out the conditions on which he will campaign for the UK to stay in the European Union.

The country which invented cricket is threatening to take its wickets home unless everyone else plays by its rules.

There is a basic flaw in the Prime Minister's logic. If Britain will accept only a European Union shaped in its image it cannot deny the same right to others. But if France insists on Europe a la francaise and the Germans will have only a German Europe, there will be no Europe at all.

So the risk of such an approach is not only that the UK pulls out of Europe, but that Europe itself falls apart.

And the risk of the UK pulling out is high because the British people know so little about Europe. Public perceptions have been poisoned. By thirty five years of neo-Con thinking in the Conservative Party. And by a constant stream of anti EU propaganda from the media outlets of Rupert Murdoch, Conrad Black and Lord Rothermere. They are the people who made UKIP possible.

To find a period in English history where there was so much mistrust and even fear of the continent you have to go back to before the Napoleonic Wars.

The situation was summed up by the poet Alexander Pope in his Essay on Criticism :

'All seems infected, that th'infected spy And all looks yellow to the jaundiced eye.'

How many British people know, for example, that the world's major space programme is now run no longer by the Americans but by the European Union? A programme Britain could find itself outside.

How many know of the huge investment in research in our universities and elsewhere from the EU budget? Or that we have overtaken Germany as the Not recipient of EU science funding?

How many know that major successes in the British Film Industry, like The Kings Speech, were made possible only by support from EU cultural funding?

Or that low cost airlines only became possible thanks to policies agreed at European Union level?

Or that when Islamic terrorists put the bombs on tube trains and busses in London we were able to call on blood supplies from across the continent because of an EU initiative?

Thousands of British youngsters study abroad, thousands work or retire abroad, all thanks to EU arrangements: arrangements we could soon be outside. And thousands more come from other EU countries to explore Britain and boost our economy in the process.

Britons travelling in any of the fifty plus countries with no British Embassy can gain help from other EU embassies equivalent to that they would get from UK consular authorities.

And here at home, thousands of people employed in farming, in engineering, in pharmaceuticals and other areas here in the south west owe their jobs to exports to the continent.

And what would make a decision to leave all the more puzzling is that finally English has replaced French as the language of EU government. In Brussels, even the lifts speak English!

Why would the culture that welcomed a Portuguese as manager of Chelsea Football Club, a Frenchman as manager of Arsenal and an Italian at Manchester City - and which gives those brilliant tacticians an automatic right to live and work here - want to pull out of Europe's main forum of cooperation?!

The forum which gives us the right to study, marry, work, retire, buy property and even seek hospital treatment in other EU countries! All of that could be at risk!

I've no doubt that UKIP will tell people 'of course we'd still be involved in all these things. Because it would be in the interest of continentals to keep us involved.'

Having to adopt EU regulations lock, stock and barrel if we wanted to continue to trade; and having to pay more into EU solidarity funds for the privilege of it than we currently pay in membership.

Anti Europeans may dream of a land of hope and glory, but Don't bet on it!

It could be bargain basement Britain, undercutting the continentals in everything from workers rights to environmental safety standards to stay afloat.

Far from ancient feet walking on England's pastures green it could be more housing and more business parks on brownfield sites. Studies show we'd have to bring in far more migrants from beyond Europe to keep our economy growing if we restrict the rights of EU citizens to come here and work.

Legal guarantees of human rights and human dignity: insisted on by Britain after the experience of two European wars.

A free trade agreement, known as the single market: fought for by Britain because is the best antidote to that basic human instinct to fight, since in the market place both sides can win.

Keeping citizens safe from cross-border crime: fought for by the UK because we know the value of the rule of law. 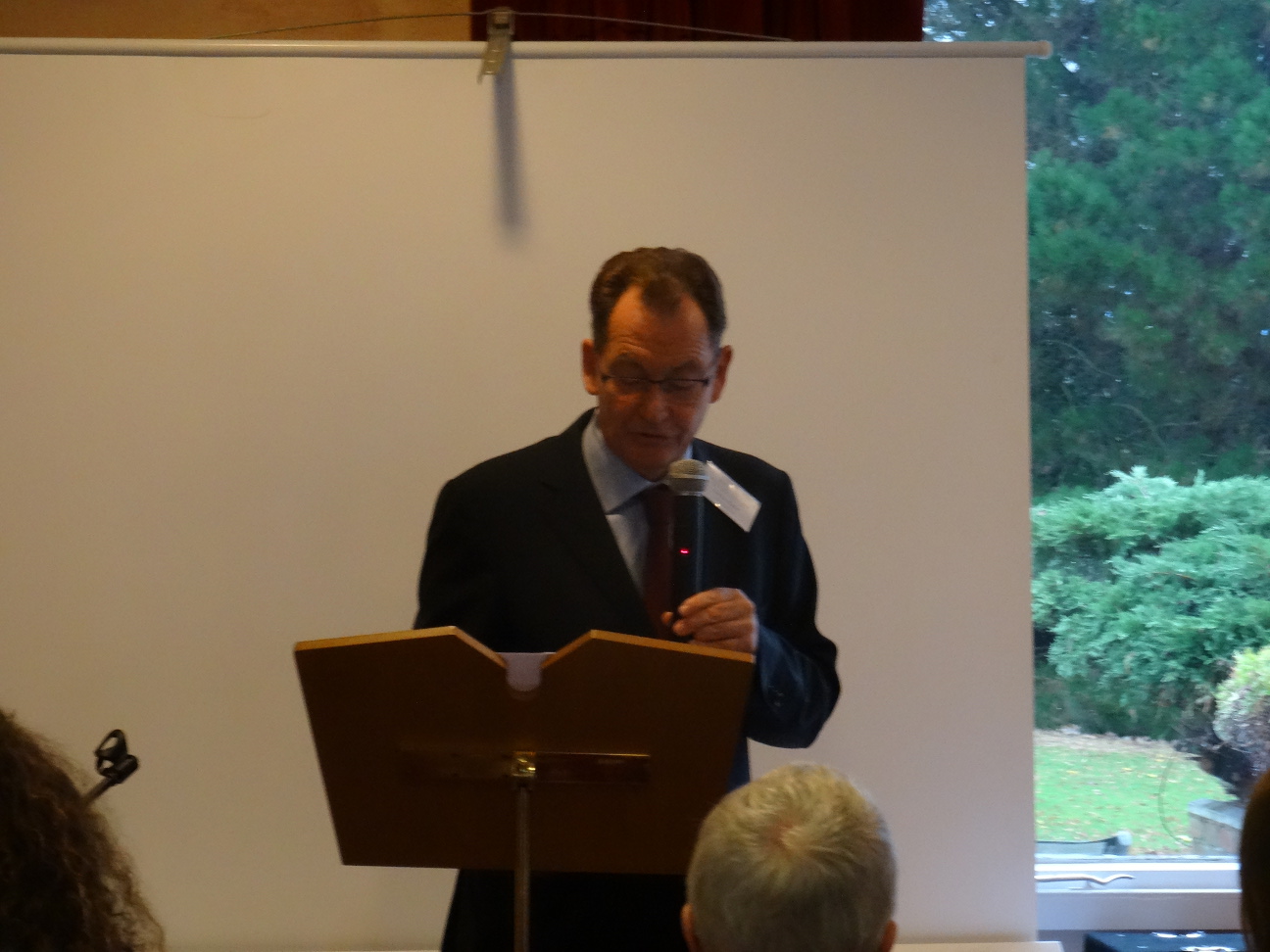 We should be proud to be Europeans just as we are proud of being Britons. Being European is your surname. Just like your own nationality is your first name. Nationality is what divides us. Europe is what unites us.

In Glasgow, I'm from Rothesay. In Edinburgh, I'm from Glasgow. Down here I'm Scottish, in Berlin, I'm British, in America I'm European, in Lagos I'm a white person. My multi­faceted identity is a source of richness.

But I do not underestimate the reaction against globalisation and how easily nationalism could lead to another war. As Einstein observed, peace cannot be kept by force. It can only be achieved through understanding.

And nor do I underestimate the danger that if England votes to leave the EU but Scotland votes to stay, the SNP will get their second referendum, and this time they'll win. So we break up not just one union, but two.

My private worry is that the government cannot win this referendum. Few trust them. Only middle England, inspired by the Liberal ideas that have made England great, can persuade people that life will be better if cross-channel co-operation continues. So Liberal Democrats must work with professional bodies, with local associations, with organised civil society to teach them how to campaign to win the referendum.

First, need to regain the mantle of patriotism. My grandfather, who fought in WW2, was a patriot. May father, who saw armed service in Korea and Aden as a RN officer, was a patriot. I've never served in the armed forces, but I've served my country in other ways. I am a patriot. My grandfather, my father and I all worked to defend values which are universally shared across the EU, which is why Britain is part of it. And that is the difference between being a patriot and being a nationalist. Patriots love their country. Nationalists hate their neighbours.

Patriots see other European nations as partners, not adversaries. They want a Britain which looks forward with an open mind, not a Little England which turns away with clenched teeth and fists.

European Union is not a destination, it is a journey. There is no fixed architecture, but rather a constantly evolving landscape.

This is not an easy message to sell. H G Wells observed that human history is increasingly a race between education and catastrophe. But we have been in the EU for 40 years. We should be able to frame a narrative which convinces our fellow citizens of the importance of staying in.

If we succeed, we'll have a far more Liberal country to run when this nationalist Tory government finally implodes.