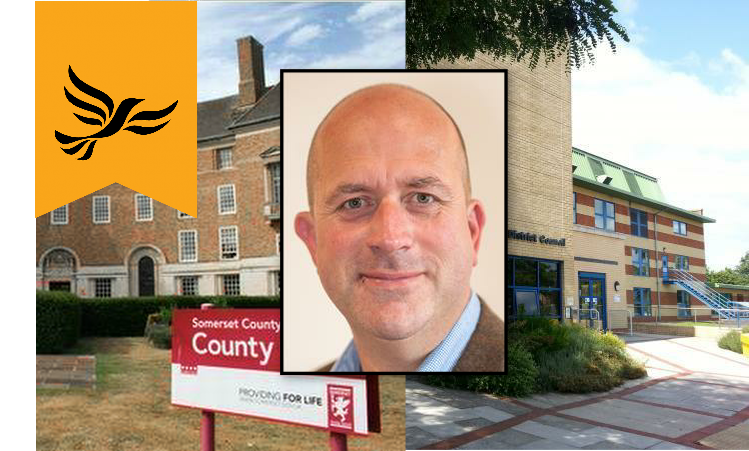 Over the past three years under a Liberal Democrat administration the Council has robustly tackled the reducing grant from central Government and met the £6m shortfall by transforming the delivery of Council services at an annual saving of £2.5m and increasing income from its investments to deliver a further £3.5m of extra income. Against the national trend, this strong financial position means no cuts to public services.

Councillor Neil Bloomfield’s move was triggered by the financial problems at Tory controlled Somerset County Council, which is on the brink of financial collapse as extensively reported elsewhere. As a Conservative County Councillor, Neil was Vice-Chair of the Audit committee, and he refused to sign off the Annual Statement of Accounts. This followed the resignation of the Council’s Section 151 (Financial) Officer and his deputy over the financial state of affairs at Somerset. Councillor Bloomfield then resigned his positions on the Audit Committee and resigned from the Conservative Party.  Of his decision, Neil said, “I became involved in local government to make a difference and help people. For some time I’ve been struggling with the impact of the financial cuts both nationally and locally and the significant impact on local people. The County Council is failing in its duty to its residents and has made, and continues to make, poor financial decisions which have worsened things, possibly to the brink of bankruptcy. Like many other councils it should have planned ahead but its dogged approach means it may be too late for the residents of Somerset and the cuts to come are likely to be far far worse”

Ric Pallister, Lib Dem Leader of South Somerset District Council and Jane Lock, leader of the LibDems at Somerset County Council added “Neil is an excellent councillor who works tremendously hard for his community and will continue to do so as a Liberal Democrat. We are delighted that he has decided that his values and principles fit better with ours than with the Conservatives and look forward to working with him.”