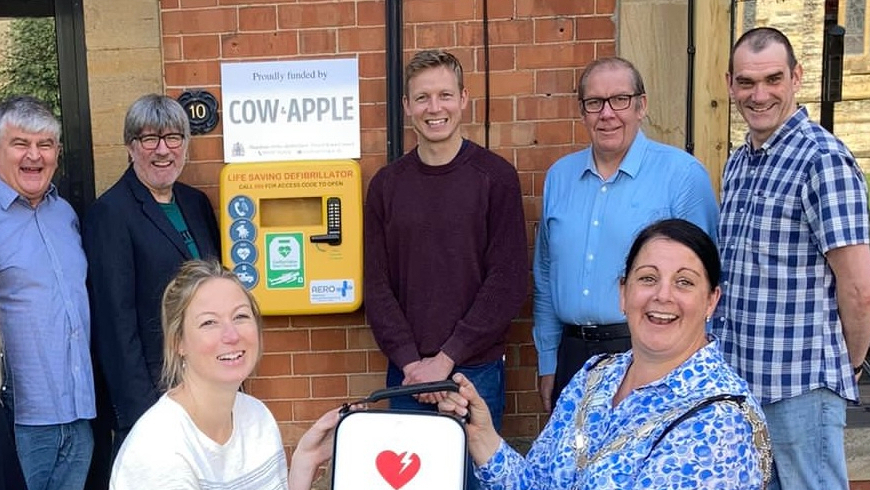 Many of Yeovil's defibrillators only operate during working hours. However, cardiac arrest can strike at any time and receiving medical attention in the first 10 minutes is vital. Beyond those crucial 10 minutes survival rates plummet to less than 10%. Rapid attention really can save lives.

That's why Lib Dem Town Council Leader, Graham Oakes, put forward a motion in December 2020 to install four new 24-hour defibrillators around Yeovil. Ever since then, Yeovil Town Council (YTC) have been busy engaging with local businesses to raise funds and identify sites for these life-saving machines.

"Defibrillators need to be attached to patients within 6 minutes, so our target is for most people to be no more than 3 minutes away from a defibrillator in Yeovil town" said Cllr Oakes, adding that "people of all ages can suffer from cardiac arrest - including young, fit, and otherwise healthy people. We are proud to play our part in creating a network of hope in Yeovil."

Where are the new 24-hour defibrillators?

Cllr Evie Potts-Jones, Mayor of Yeovil, said, "as Mayor I engage with the public and businesses a lot. I'm constantly bowled-over with the generosity of spirit everywhere I go. Without this, the Town Council's idea to build a 24/7 network of defibrillators in the town would never have happened, so - thank you!"

There are plans to install a third machine at Yeovil Leisure Park, and a fourth at another site in Princes Street. This will mean the whole of Yeovil Town Centre is catered for by 24-hour defibrillators.

In addition to these four sites, the small shopping centres on St Johns Road, Yewtree Road, and near the Westfield Co-op have all been identified as possible future locations.

Who maintains these new 24-hour defibrillators?

YTC is acting as Guardians for these new machines. This means that the Council will pick up the cost of future battery replacements and maintenance.