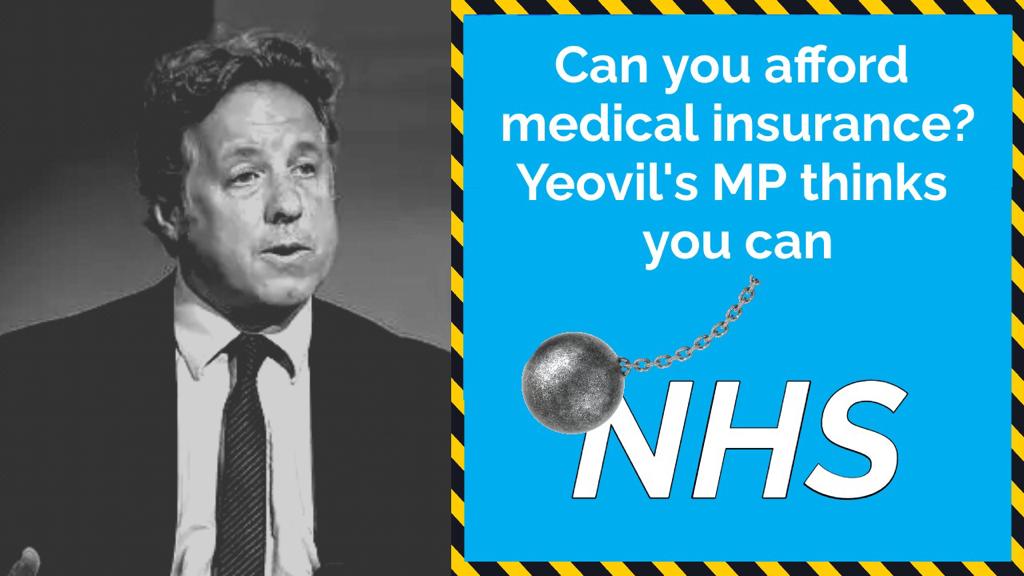 Yeovil Liberal Democrats have called for the resignation of Marcus Fysh, branding him ‘out-of-touch’ over his plans to introduce an Australia-style medical insurance scheme into the NHS.

“Across our TV screens and in our newspapers, Yeovil’s Conservative MP has made it very clear that he doesn’t believe in state-funded care. Instead, he believes that people should buy medical insurance.

“Under this Conservative government the pensions triple lock is being scrapped, inflation is rising, Universal Credit is being cut, and taxes are going up. Yet Marcus Fysh thinks that people can afford to fork out for medical insurance.

“We need an urgent solution to the challenges we face in Health and Social Care. Marcus Fysh's insurance-based proposal will only make matters worse. It will be inefficient and result in less money getting to where it’s needed.

The government’s plans to boost Social Care funding from late 2022 will be too little too late. In the meantime, care homes like mine will be paying more in employer National Insurance contributions, making things worse than they are now!

Most of the people being admitted to care homes today will not benefit by a single penny from these proposals. Marcus Fysh is letting older people down.”

“Marcus Fysh has gained a reputation for dangerous and ill-informed Twitter outbursts. In a recent Tweet he called for the resignation of Professor Chris Whitty, England’s Chief Medical Officer, claiming that he ‘does not deserve the confidence of the country’.

“As a frontline healthcare professional it's clear to me that Yeovil’s current MP does not deserve the confidence of this constituency.

“Conservative MPs up and down the country have shown that they can’t be trusted and are taking people for granted. It’s little wonder that voters around the country are turning their backs on the Conservatives.”

If you agree with us, help us win back Yeovil Constituency by volunteering here: www.yeovil-libdems.org.uk/volunteer