Harriett Baldwin MP, Minister for Defence Procurement, has outlined in a letter to Paddy Ashdown how no decisions have been made about the future of the tools and jigs owned by the MOD at the GKN plant in Yeovil. Writing, “We have not yet made any decision on whether to allow our assets to be relocated offshore and this decision will be based on a balanced assessment”. Lord Ashdown has been lobbying the Government to use the ownership of this equipment to ensure that future airframes made by Leonardo for new Wildcat orders would be made in the UK.

Lord Ashdown has responded to the letter from the Minister, writing:

“I am glad that you have now agreed that the AW159 tools and jigs will not be allowed to leave the Yeovil site for Poland unless and until there is a full in-depth study of the comparative cost of the production on the two sites and that this will involved all relevant factors, such as the impact on the overheads of Leonardo’s Yeovil site, the cost both of transporting the tools and jigs to Poland and of transporting the assembled AW159 airframes back from Poland to Yeovil for fitting out.”

“I am grateful to you for finally giving this undertaking which will, it be welcomed, not just by the Leonardo workforce, but also by the Yeovil community at large. I also welcome this change in policy in favour of a proper competitive process, rather than repeating the procedure which applied when the Government foolishly gave the recent Apache order to the United States without any kind of tending process. ”

Paddy went on to ask the Minister if she would be able to ensure transparency in this decision making by providing the public with a broad list of factors taken into account when the Government publishes its decisions regarding the future of the tools and jigs – understanding that the specific commercially sensitive information must be kept confidential.

Paddy further wrote on at his surprise and concern that the Minister had been unable to be clear about the inclusion of a commitment to maintain a UK stand-alone ability to make helicopters in the forthcoming Industrial Strategy. Writing: “I am bewildered that you seem unable to give a clear answer to this crucial question at this late stage in the publication of the forthcoming White Paper. I am sure you will understand that the absence of such a commitment, when the White Paper is finally published, will be treated with shock, even anger, in the Yeovil area and far beyond.” 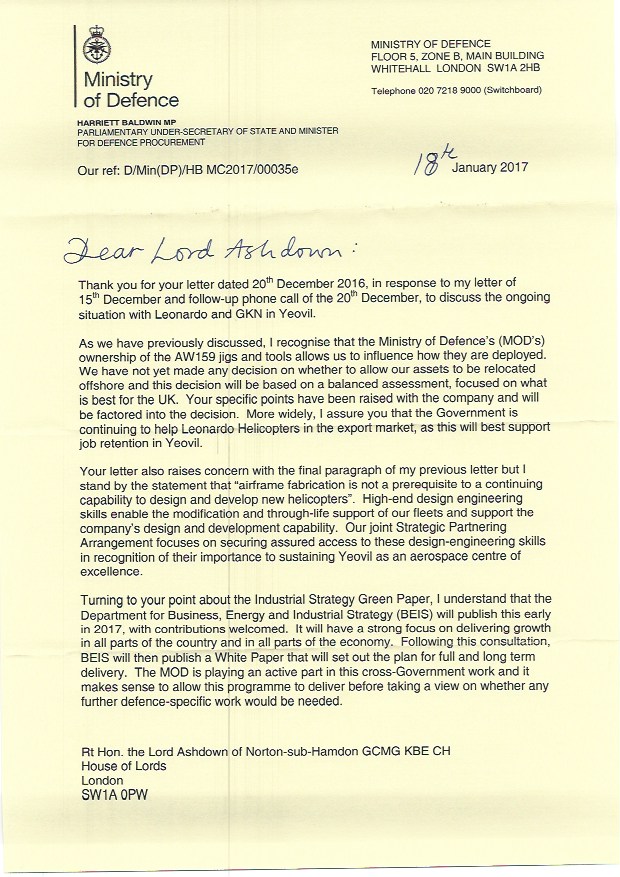 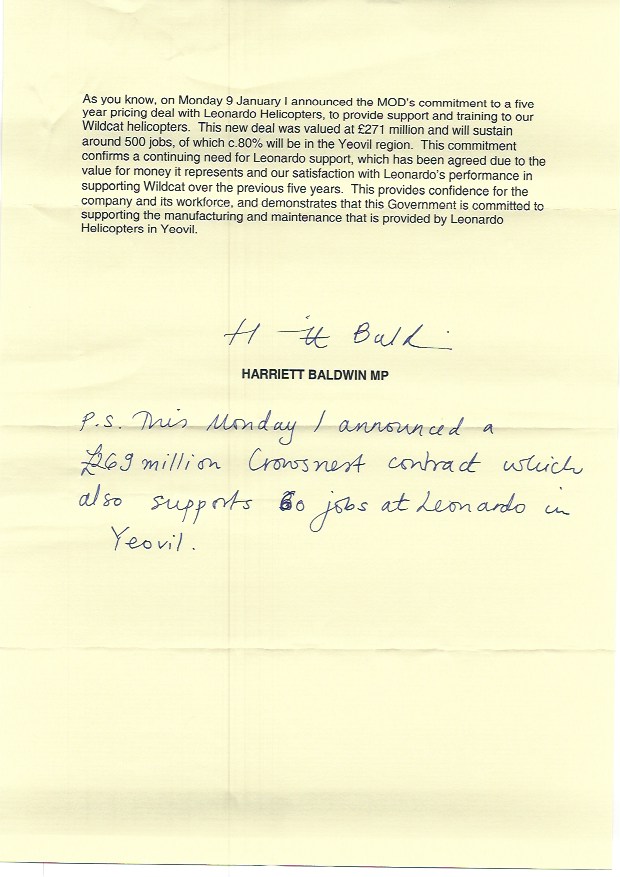 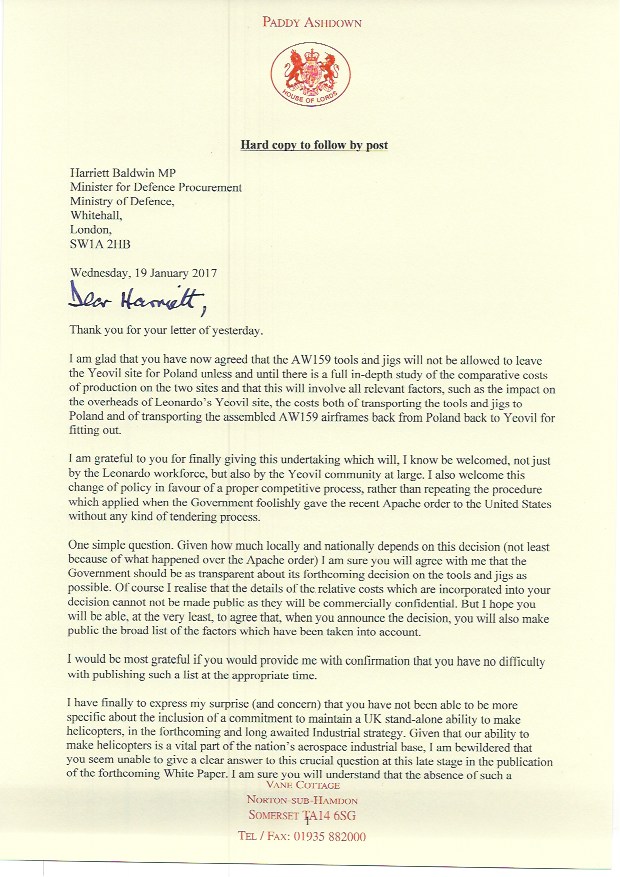 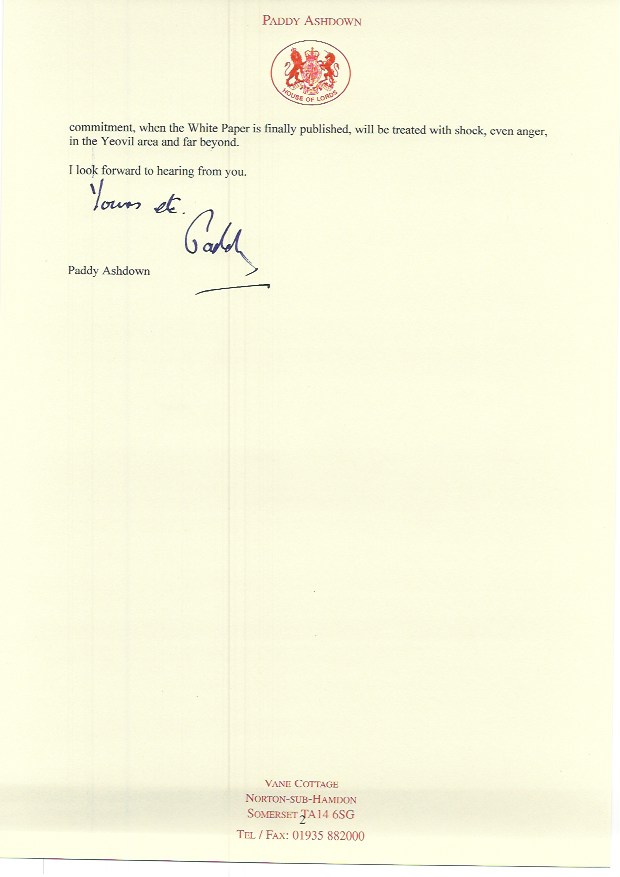