South Petherton is fighting the planned closure of their branch of Natwest. David Laws has been fighting for their cause. 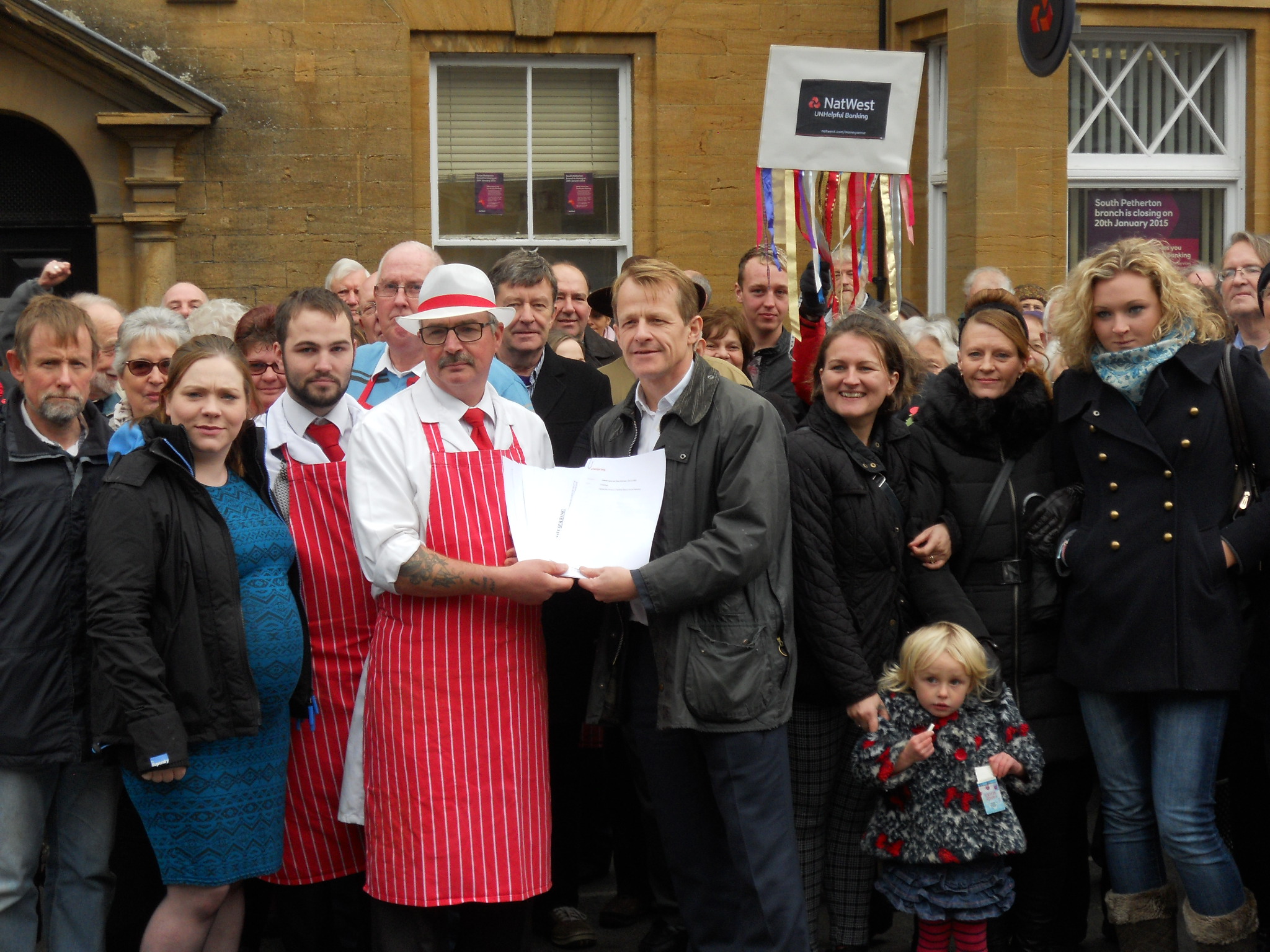 After attending a public meeting on the matter David Laws stated:

“The meeting demonstrated the strong views of people in South Petherton and the surrounding villages about keeping this bank branch open – particularly as it’s the last in the village. So many people came to the public meeting that the venue had to be changed to the church – and even then it was standing room only.

‘I was very unhappy with the response from the RBS managers who were present, who failed to provide strong reasons for closing the branch and who didn’t seem to be listening to the views of local residents.

I have written again to the Chief Executive of RBS asking him to halt this closure and admit that the situation at this branch is not as originally claimed by the bank. I have also spoken to the Business Secretary, Vince Cable, to express my concerns to him and to ask him whether this matter can be reviewed.’

Mr. Laws has written to the RBS Chief Executive to highlight the entirely ‘unsatisfactory’ consultation process run by RBS, and the Bank’s clear determination to ignore very ‘strong public resistance’ to the closure.  He has also highlighted the three different sets of data on branch transactional volumes given out by the bank over the last two months. David has responded to the reply he received from Ross McEwan, Chief Executive of RBS.

‘From the very start of this process the Bank has shown a real determination to ignore local residents’ views about these proposals. RBS have also chosen to ignore the facts they were presented with in writing and at the public meeting we held in South Petherton at the end of last year.

‘Despite telling local residents, when they closed the branch in Martock a few months previously, that they would be able to use the branch in South Petherton, RBS have pressed ahead with this closure in what is considered to be bad faith.

‘The Bank has also failed to give us timely, accurate branch transaction figures which they have used to explain and justify this decision. We have been given three different explanations of transaction data, and we are still not in a position to make an appropriate judgement on what this tells us. First we were told transactions at the branch were falling, then that they were rising and now that they are flat. This is hopeless in terms of making evidence based decisions.

‘What there was of a consultation process has been incredibly unsatisfactory, and has only served to highlight the Bank’s obvious desire to press ahead with this closure at all costs, ignoring local residents’ opinions and fears.

‘I have written to the bank again to make my views on this clear and to challenge the way this is being dealt with by the bank.’